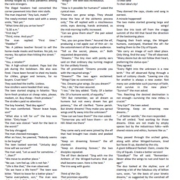 The two strangers stood awkwardly, displaying goods on the trisection of a busy road; brought together by a common terror called Covid-19; a spontaneous kinship forged by a fatal pandemic among the rank strangers.
The illegal hawkers had converted the corner pavement into their mini stalls.
The man inquired: “Any luck, mate?”
The newly-minted mate said with a weary
smile, “Not yet.”
“What time did you arrive here?” “6.30 a.m.”
“First day?”
“Third, mine. And you?”
The man replied: “First tim¬¬¬¬e.” “Peddler?”
“No. A jobless teacher forced to sell the home-made masks and hankies. No job, no money. No option than hitting the street.” “True!”
“You, a retailer?”
“No. A high-school student. Papa lost the job during the lockdown. Ma also was fired. I have been forced to shed my books for chilies, ginger, and lemons, for no buyers. Cruel fate!”
They watched the traffic. Listless. Few strollers were headed their way.
The teen started singing in falsetto: “Buy farm-fresh produce at cheap rates, please, madam, sir. Buy cheap—fresh produce.” The strollers paid no attention.
The boy howled, “Bad day again!”
The man comforted. “Never leave hope,
son!”
“What else is left for us?” the boy was bitter. “Only hope.”
The man was stoical: “wish for the best in the worst!”
The boy shrugged.
The man checked messages.
After an hour, he yawned, “Nobody seems to be buying!”
The teen looked worried. “Unlucky day!
How will we survive?”
The man said, “Let us wait for sometime…” “…then?”
“We move to another place.”
“No use. I am fed up. Life is not fair.” “Life is like that,” the man observed.
“Do we have a life here?” The teen was bitter. “Want to leave for a better place.” “Same everywhere, son,” The man was philosophical. “Life is similar everywhere, believe me.”

“Life is not similar everywhere,” a baritone announced above the din. “Some places, it is much better. I know of a city where life is nicer and kinder.”
To their surprise, the duo discovered an elf standing in their middle!
“How can I go there, sir?” the teen asked excitedly. “Please, sir, show me the way to

such a blessed city coveted by millions.
Will try my luck there.”
“Not that easy,” said the elf with a twinkle. “It needs wings to reach that distant city.” “Wings!!” the teen was incredulous.
“Yes.”
“How is it possible for humans?” asked the
cynical man.
“Humans can grow wings. They should know the how of the alchemic process only,” The elf replied with a mischievous smile, eyes dancing, hands animated, as the mid-morning traffic increased.
“Can we grow them also?” the pair asked
in unison.
“Yes, you can grow them.” Assured the elf, producing a red apple out of thin air—to the astonishment of the captive audience. “Tell us the secret, please, sir.” Both requested desperately.
“Dreams.” The tiny man with pointy ears said on that ordinary day turning magical for the unlikely friends.
The elf promised: “Dreams provide you
with the required wings.”
“Dreams?” The two again exclaimed. “Wings? See no connection.”
“Yes. Dreams give wings. Do you dream?” “Yes, I do,” the man assured.
“I too,” the boy added. “Daily. Of a better life. Of a humane world, of equality.”
“Oh! But remember, we all dream as humans but not every dream has got potency,” the elf clarified. “Some perish. But kinetic dreams! They make you sprout wings and fly away into the unknown!” “How can we have them?” the man asked. “Tomorrow you will have them— on the Hill. Meet me there”
.
They came early and were joined by the elf that had brought two cloaks and peaked caps.
“Keep on dreaming forever!” the elf
chanted.
“Keep on dreaming forever,” the two
disciples repeated.
The elf then declared: “Sing with me the Anthem of the Winged-humans that you shall become soon. Here is the text.”
The trio sang with gusto:

Think of the City
That promises equality And is fair to all
The hungry and the denied Thronging its golden halls And ports of entry;
We create such Cities By our praxis only.
Keep on dreaming forever Friends
Of such spaces!
Dream on. Never give up, Whatever be the odds!

Soar and fly Rise up
Up And fly
To that land
To that ideal city!

They donned the caps, cloaks and sang in earnest.
A miracle happened!
The two males started growing large and strong wings!
Soon the trio took off from the craggy summit of the Hill that faced the direction of the beckoning place.
Flapping their fresh wings, the Winged- humans, overjoyed, thanked the elf—for leading them to the City of Equals.
“We carry an image of such ideal place. Only thing, find the way.” The elf observed. “Many desire but do not follow their heart, preferring the status-quo.”
They agreed.
“Every flight into the unknown is a new birth.” The elf observed flying through a bank of cottony clouds. “Leaving one city for another is always a new avatar. Not many can undertake such journeys of faith. And survive in the new place.” “Survive?” the man asked.
“Yes. Reaching the desired destination is not enough—surviving the new milieu is crucial.”
“Any tips?” the teen asked.
“Dreaming. Keep on dreaming new dreams…”
“…of better worlds,” the man responded. The elf smiled. “And working for those dreams. Cities are not made by empty spaces but by the industrious folks—with shared visions and ethics, humans like us.”

They passed through the arched gates, along with other Winged-humans, tired but faces lit up, dazzled by the city.
A giant billboard flashed: Claim, create the City of Equals. Create a better version! “Goodbye!” The elf said. “Remember: Never allow the wings to rust and heart to age!”
The duo looked at the skyline; sure of claiming a bit of the fabulous city of billion suns, soon, “on the basis of your kinetic dreams,” as suggested by the vanished elf on that extraordinary day…