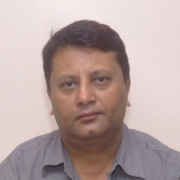 George Floyd is history.
He is now in history.

I never knew him
Was not related to him — like majority of the risen-up
people in the American cities, and elsewhere, on twitter or
social media.

George Floyd was a lie!
A lie of the American Dream
that enabler for the battered migrants and other arrivals and natives
dismissed as trash

George Floyd is a testimony to that lie, because his dream was denied
by a racial system and operated by the police as an instrument of oppression.

He was murdered by a white cop, whatever be the official version
of a strangulation in public,

simply due to a “wrong” skin colour
and a petty offence that did not deserve choking to death
under the knee of a hefty cop, on a street, before shocked
spectators.

The enforcer of law turned out to be a white killer!
The cop was also a lie to the system promising
Fairness, equity and justice.

Both unfortunate victim and killer
were brutalized by a society that talks of freedoms
and equality but gives them to the privileged few only.

Floyd is nobody,
he is everybody, subjugated by a bunch of democracy-runners,

the elites, corrupt, powerful, shameless.
He stands for everybody — denied dignity.
And human value for being poor and outcasts
of self-same society built on the labour of slaves
and migrants welcomed by the Statue of Liberty.

One day, these gasping Floyds of the world
will change history.